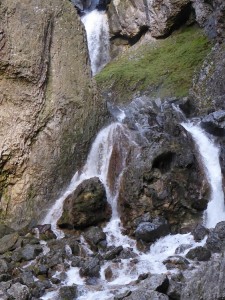 She was the last dragon or so they will tell you, but reader listen whilst I tell you what I know. For perhaps Yiva will be the last dragon that any human beings would see. For longer than anyone could remember Yiva had lived close to the kingdom of Elmet, she was usually to be found resting in the shade near a sturdy tree as she watched over Elmet’s greatest river.

A river which if followed might lead you to a time portal. Carlson as a shaman of the people of Elmet  had learnt from his father of Yiva’s duty, and it was his obligation as a shaman to assist her should she ask.

Yiva felt the north wind strengthen and saw the great river falter, it was as if the river stood still for a moment then its flow weakened, something was sapping the rivers strength. Yiva told her friend Carlson that she must fly north and investigate what was interfering with the river. Her journey would take her to the middle of the kingdom of Elmet, to the place where the river tumbled over a mighty precipice. As she flew high near the precipice the outline of a gigantic snake caught her attention. As she drifting downwards to investigate, the snake disappeared into a immense cavern, but not before she had seen its white scales and the hoarfrost trail it left behind. Soa the servant of the Ice queen was back and that meant that the ice queen herself was intending to return to the earth. The last time she visited earth the ice age had nearly destroyed mankind.

In the past only the combined force of Yiva’s family along with Joseph and his companions had been strong enough to send the ice queen back to her own realm. Should the queen returned to earth now with only Yiva left out of the companions, it was almost impossible to see how the planet could be saved from the freezing layers of ice that the queen would rap around the planet. Once Soa fetched the ice queen out of the cavern all that was good would be lost.

This caused Yiva to feel that she had no choice but to seal the time portal in the great cavern for ever. It would mean that she would never be able to follow her people back to the stars, she had agreed to say behind and protect the portal and those who had served in the earlier battles against the ice queen. Yiva began to descend she had no alternative but to enter the cavern and drive Soa back through the portal. The power of the sun must drive Soa back before the queens ice warriors arrived.

As Yiva’s glide brought her to the entrance of the cavern, the air became alive with ice warriors, countless bands of ice began forming chains about her, before she could react she was tethered to ground. Her feet were shackled in massive blocks of ice, her mouth was muzzled, every nook and cranny of her body was layered in a thick binding blanket of ice. A trap had been set for Yiva by Soa, now it was sprung by her serpents.

As a shaman Carlson had developed a special bond with Yiva, now he felt her distress, he did not know how but he felt it, he felt the intense cold  that was binding her ever closer to bare rock. He felt the call to go to her… But Carlson was not the only one who felt the dragons pain, throughout Elmet others would feel as he did. They would suddenly stop what they were doing, then turn towards the great caven. Each felt an intense need to travel and to travel fast, none had time to say goodbye to loved ones each took what ever means they could to speed their journey. In some way they each knew that the fate of the world was at stake. …

It was an old wolf who was first to arrive at the maelstrom of ice that was swirling in the gorge, his grey coat blended in with the surrounding loose rocks, he knew what must be done but his great age prevented him from acting, then familiar faces began appearing on the ridges above the deep gorge, a great war cry bellowed forth a cry not heard for generations. Iron Paw picked up the first rock and hurdled it into the gorge, soon a veritable hail of rocks swept the sides of the gorge. Sweeping aside the rocks that hid the ice queens warriors. With a thunderous roar the children of Elmet swept down the sides of the gorge, at the front was Dom with his band of  brothers, close behind was White Wolf his staff swirling in anger for the first time in centuries, behind him came … … …

As the the ice warriors fled before the onslaught their control over the ice was broken, the ice began to crack, Yiva was aware of the change, and heaved with all her might, the ice shattered just as Soa appeared from the cavern. Chunks of ice flew in all directions as Yiva moved towards the mouth of the cavern and took up battle with Soa. Meanwhile the companions drove the ice warriors back to the cavern, the battle between good and evil had begun. Soa spat her cold venom as Yiva sent waves of heat to melt the ice. As Yiva called upon White wolf to bring down the roof of the cavern, as Soa retreated into the cavern, White Wolfs staff struck the ground and a wave of sound passed into the rock, cracks began appearing around the caverns mouth, as Soa began to form a defensive shield around the cavern, Yiva drove forward as White Wolf called the companions to move back.

Yiva charged forward striking Soa just as an image of the Ice Queen started to form within the time portal. The cavern trembled as White Wolf struck the rock again and again. Deep within the tunnels behind the cavern the rock began to crumble, tunnels folded in upon themselves and the roof of the cavern started to fall. White wolf called upon Yiva to leave but Soa wrapped herself around Yiva, as the cavern folded in upon it’self. To this day you might see Yiva at Gordale Scar, and not far away her friends rest at Janet’s Foss in case they are needed again. The ice queen and Soa still continue to melt and appear as a stream which turns into a waterfall at Gordale Scar. As for the river the sound waves from White Wolfs staff caused so much damage to it course that it stopped flowing over the cliff at Malham Cove, but it would reappear throughout the Dales in the form of springs which today form so many rivers, like the Ribble, the Wharfe, the Aire, …

As peace returned to the land of Elmet, people started to travel there, later they would set up home in Elmet, homes which may still be seen in the remains of round houses in Grassington Woods: in the Yorkshire Dales.

Yiva’s ancestors feature in my first two novels,  novels from which I hope to publish short sections on this site.

Marigold knew she had it, the pain told her so, especially around the eyes. She…